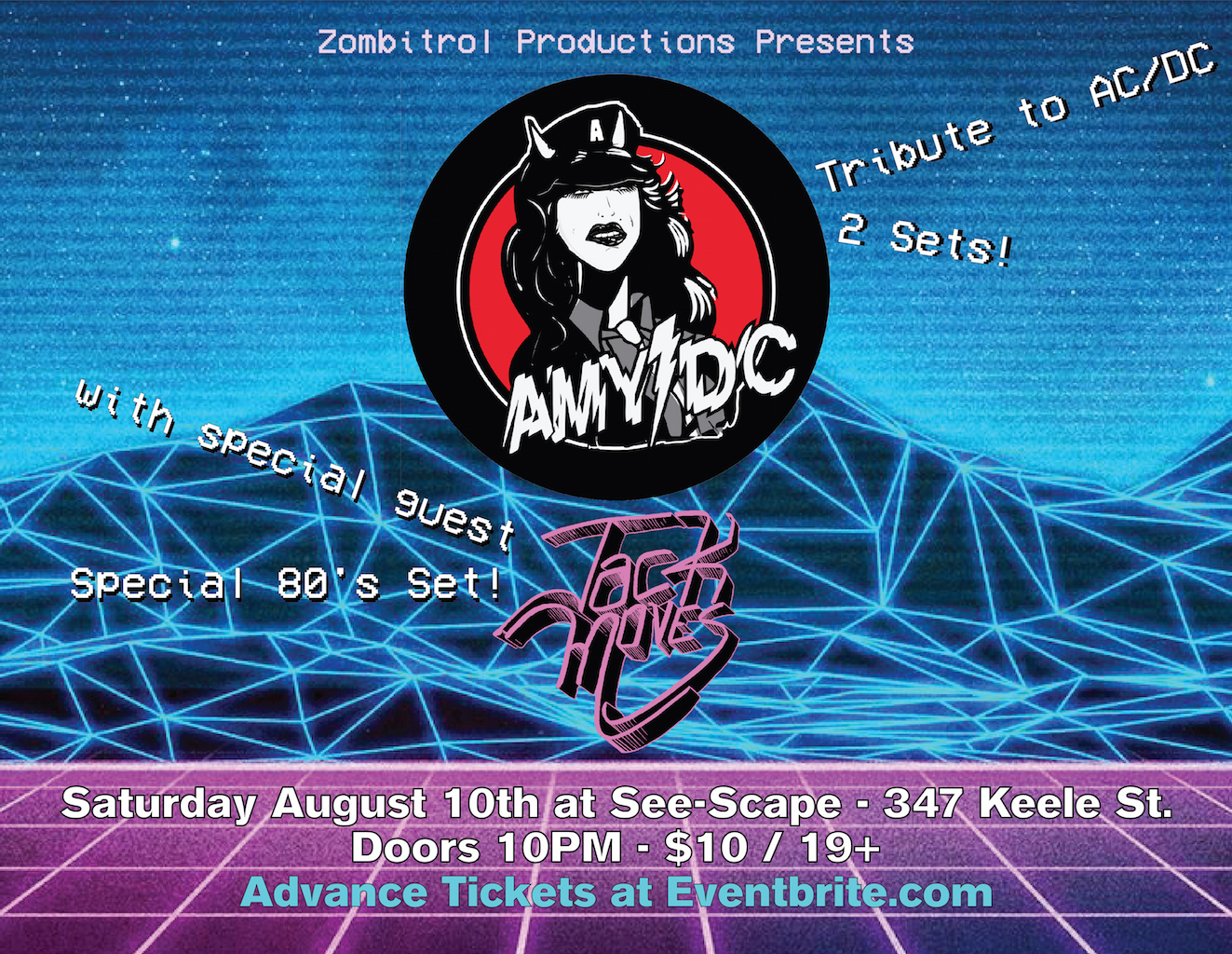 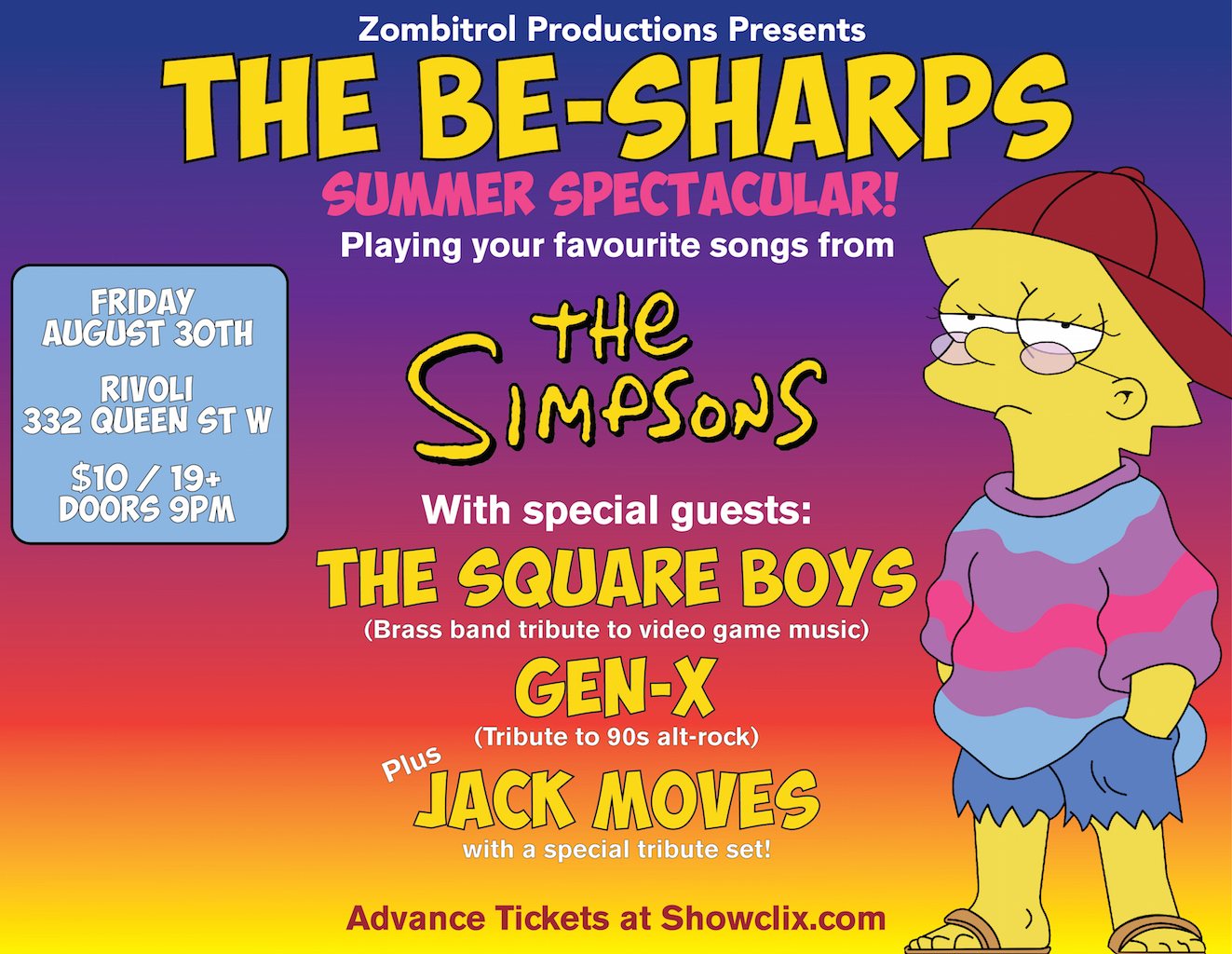 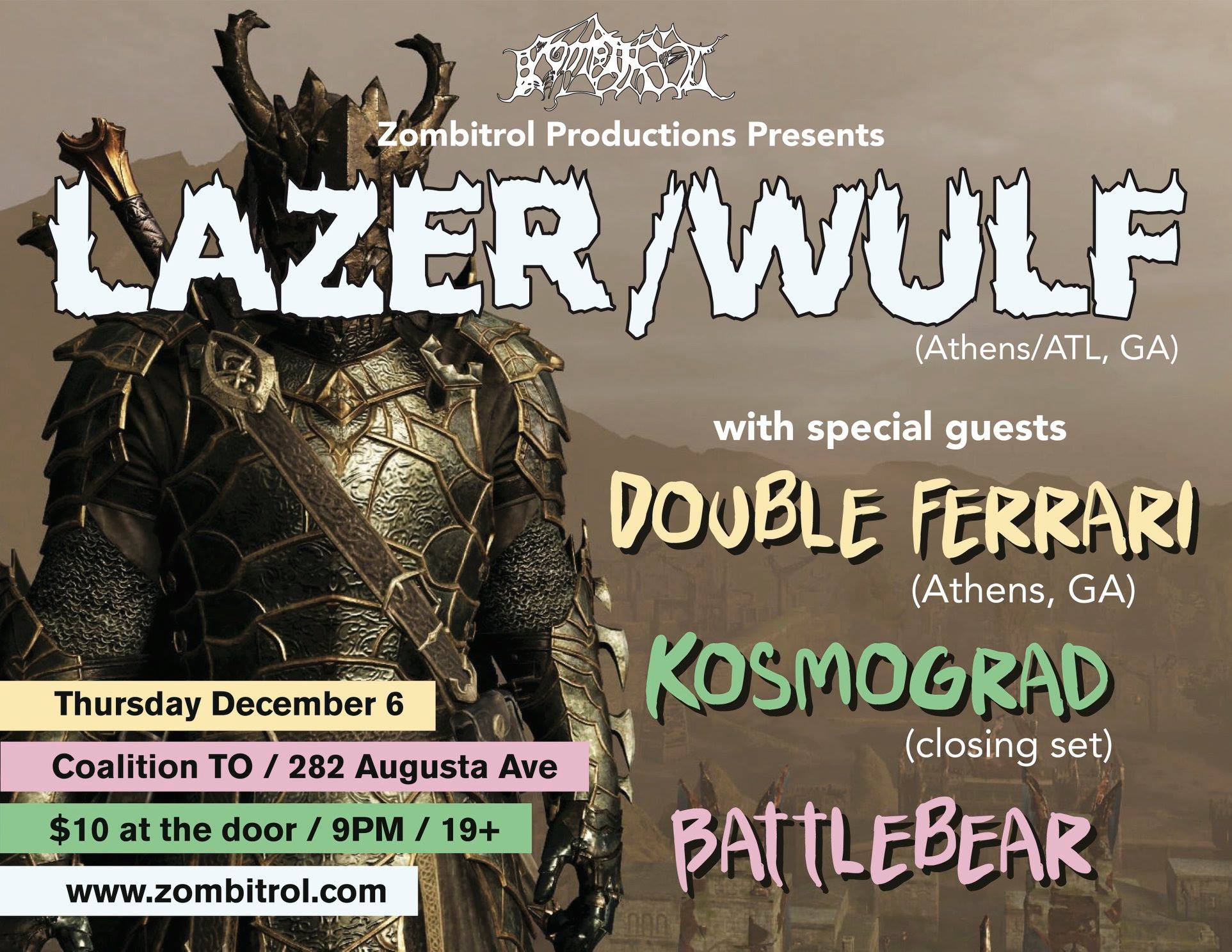 Fresh off their tour with Mutoid Man, Athens/Atlanta progressive, mostly-instrumental trio Lazer/Wulf return to Toronto this Thursday, December 6th for a headlining performance at Coalition: T.O! With a wide range of influences like thrash, prog, funk, and sludge, this will definitely be a mind-bending experience for the uninitiated. Their critically-acclaimed album, The Beast of Left and Right, is purported to be palindromic, that is to say it sounds the same played backwards. You can listen to the full album here.
Main support comes from their fellow instrumental Georgians Double Ferrari (featuring members of Bit Brigade). Toronto’s beloved post-metal legends Kosmograd will play a special closing set after Lazer/Wulf, and breakout grind superstars Battlebear will open.
Thursday, December 6th
Coalition TO
282 Augusta Ave.
$10 at the door / 9PM / 19+
Facebook Event Page