LIVE REVIEW: The Re-Introduction of A Perfect Circle 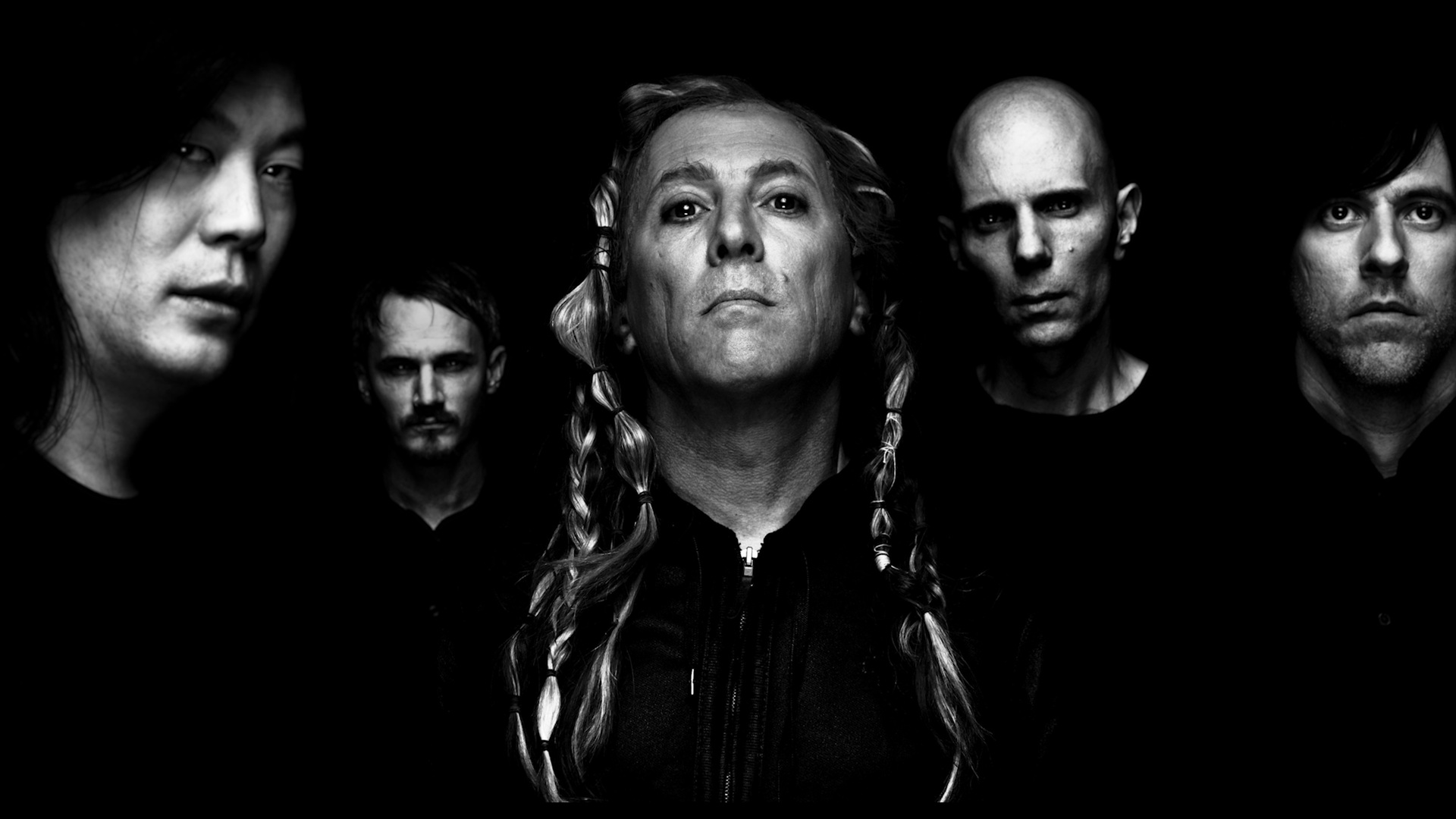 Hard rock supergroup A Perfect Circle are currently on tour in North America. It’s a tour that’s serving more as a reminder of their existence than anything else. Last week at Toronto’s Air Canada Centre, the band made their moody re-introduction ahead of their first new album of original material in fourteen years, promised for release in 2018.

The evening featured a few new songs, including their current single “The Doomed.” Although their debut Mer de Noms was touched on, the set was weighed heavily in favour of 2003’s Thirteenth Step. Intentional or not, it’s perhaps a statement about picking up where they left off, as the new material seems to be a natural follow-up to that album.

After a deep voice twice reiterated the band’s widely-reported intense phone policy (take your phone out and get the boot), they began the show shadowed behind a vast white curtain, which dropped once they slammed into the first heavy chord in Step opener “The Package.” 90s rock radio staple “The Hollow” then drew a huge response, and that carried over into “The Noose,” and “Weak and Powerless.”

The band’s trademark dry sense of humour was also on display, with vocalist Maynard James Keenan making a few quips about his personal tour routine during their ode to self-pleasure “Thinking of You.” James Iha (bass/keyboards) also drew a surprisingly enthusiastic response by calmly asking “Is everyone having a reasonable time?” before launching into an amusing stage ramble, that ultimately led into “The Outsider.”

Although the focus is often on Keenan because of his other job in Tool (also, he stands backlit on an elevated platform), it was guitarist and composer Billy Howerdel who turned in a flawless performance, with older riffs elevated above their recordings, and new songs sounding current but not wholly detached from his signature style.

Visually the band mostly remained in shadow throughout the set, although Keenan’s occasional politically-tinged remarks did remind the crowd that those were indeed people surrounded by performance-art projections and gothic lighting. But with an arena tour it was perhaps a bit too detached as many of the scattered attendees in the lower bowl didn’t seem fully connected to the experience. Between that and ticket prices that were more in line with a larger production, it’s possible that they overestimated the strength of their return. After all Mer de Noms is still their most successful album, and it received very little attention during the performance. As one fan pointed out on Facebook, the only fan favourite they didn’t play was Noms’ first single and arguably their heaviest song “Judith.”

But that seems to be A Perfect Circle’s M.O. They are in charge of the presentation, and very little seems “for the fans.” That’s their choice, and it’s one that their devotees eat up like crazy. It’s not a matter of “I hope they do this,” it’s more of a “What are they going to do next?” That being said, regardless of their abstract approach to rock music and releasing albums, it was evident that a good chunk of the audience that night were there for the big songs, and stood/sat quietly through the album tracks and new material.

A Perfect Circle’s current tour shows that their core fanbase is still strong and don’t necessarily need to be reminded that the band exists, but now as they prepare to release a new album into a music culture that’s changed drastically since they were last active, it’s uncertain if their more casual fans will continue to follow them for more than nostalgia. But perhaps at a time that finds Keenan apologizing to a bunch of Canadians for the state of his country (albeit without mentioning anyone in particular), maybe the point is to shed a little deadweight.

A Perfect Circle have four dates left on their North American tour, including tonight in Vancouver, before they head to Europe. Watch the video for “The Doomed” below.