Last year Zombitrol Productions returned to Iceland’s Eistnaflug festival as a part of an ongoing project. While we were there, I managed to catch up with Max and Iggor Cavalera, who were performing Sepultura’s seminal album Roots in its entirety as a part of their “Return To Roots” tour. We spoke about Roots and it’s nu-metal influences, as well as recording the new Cavalera Conspiracy album Psychosis. We also touched on how Sepultura was instrumental in spreading heavy metal to different parts of the world, and Iggor gave us some insight into his current music-based international charity work.

Cavalera Conspiracy’s new album Psychosis is available now on Napalm Records, and you can watch the video for “Spectral War” below. Max Cavalera will be returning to Canada with Soulfly to perform Nailbomb’s Point Blank album on the following the dates: 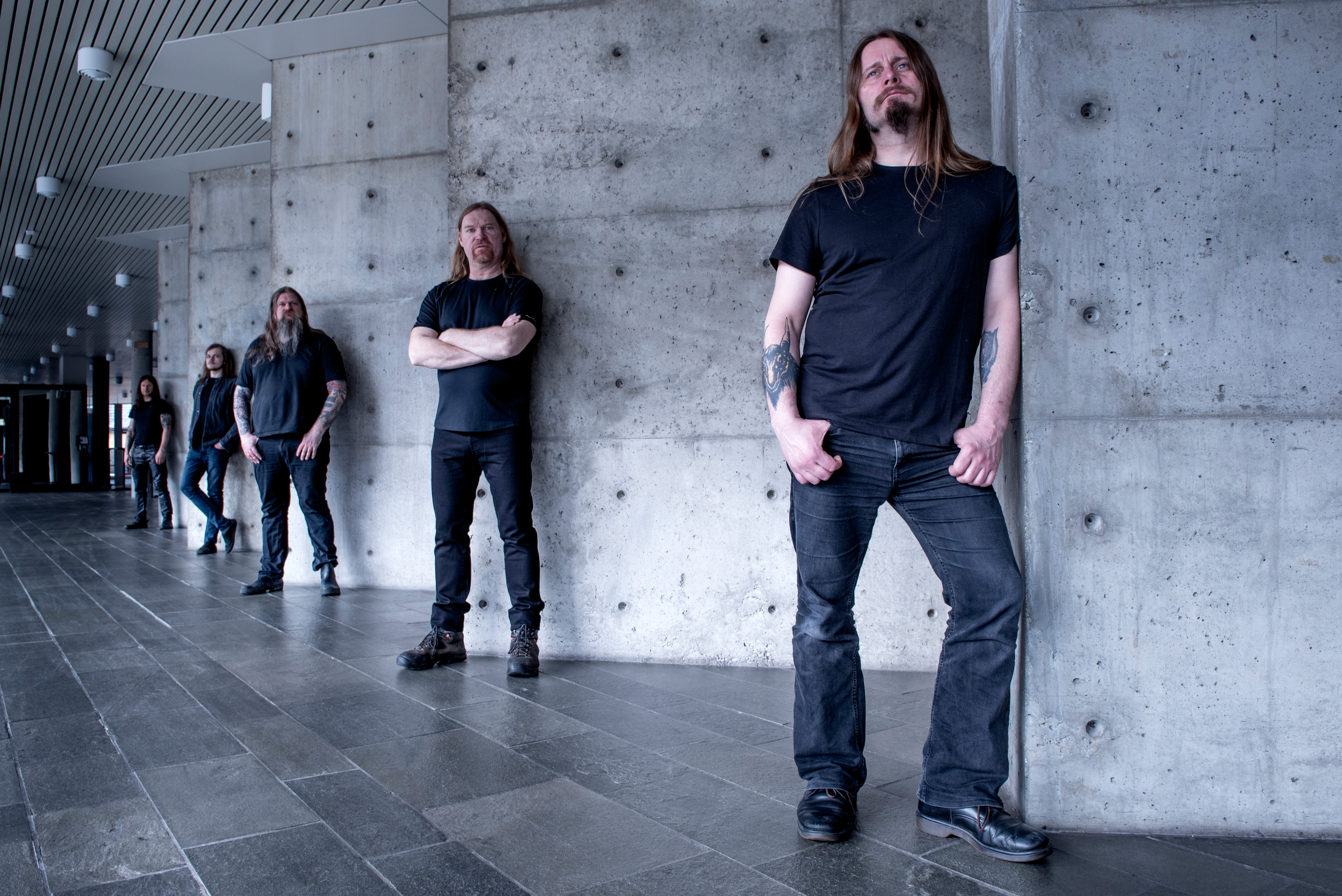 “It’s not jolly pop music for fuck’s sake!” proclaims Enslaved vocalist/bassist Grutle Kjellson when I ask him how his band always ends up touring Canada in the middle of winter.

“It’s a suitable environment for such music. We just have to bear with a blizzard or two” he says reassuringly.

The Norwegian progressive black metal icons have just kicked off their trek on The Decibel Tour with Wolves in the Throne Room, Myrkur, and Khemmis. This is quite possibly the largest headlining tour the band has done in North America so far. Their reputation in the West has been growing steadily in the last decade, and Kjellson says he knows how that got started.

“The best support tour we did (in North America) was obviously with Opeth in 2009” he says.

“That was perhaps the biggest eye-opener for many of our current American and Canadian fans. In the years that followed we did some good headline tours as well, and we brought some pretty cool bands (with us) like Pallbearer and Yob. We really enjoy touring there.”

Going to an Enslaved show is an unique experience. Although you’ll hear plenty of songs from their last few albums, you’ll also get a dose their very early material. It’s the middle period of their catalogue that gets ignored, albums that many seem to credit as the roots of their modern sound. Last year the band played their entire 1994 debut Vikingligr Veldi at the Beyond The Gates festival in Bergen, and they’ll be returning this year to tackle their second album Frost. This early work seems at odds with the Pink Floyd and Tool comparisons the band gets today, and that contrast doesn’t seem to be lost on Kjellson.

“Sometimes we tend to go back to the roots” he says after some consideration.

“You can hear the thread, kind of the red line through all the way back to the early years. At concerts, people like to hear one or two, let’s call them ‘old classics.’ It seems to be more from the very early days, it kind of feels like playing cover songs. (laughs) Many of the songs we haven’t actually been playing them since we recorded them. (Beyond The Gates) was more-or-less like playing a full cover song set. It was like just sitting around for days in my cabin trying to figure out what we’re playing, it was weird. We kept one of those songs in the current live set. There ain’t that many requests from (mid-era) albums like Mardraum, Monumension, Blodhemn, stuff like that.”

Although Enslaved are not afraid to embrace the old days, Kjellson is not a fan of new bands trying recreate the nineties underground black metal sound.

“People record at home. They’re not able to capture the sound of an analogue recording from 1992, that’s not possible. I mean, why bother? In 2018, trying to sound like ‘True Norwegian Black Metal,’ it’s a bit precious I think. (laughs) Back then to do a recording you needed to borrow money from your friends, parents, and whatever. You had like one hour for the recording of the bass, drums, and guitars, then you have like two hours for the vocals. Everything was done in a stressed environment. There was a lot of factors that made those recordings sound the way they do. You had to do much of the work in the rehearsal space, you had to be ready.”

Enslaved are quite well-regarded at home, even having already won a number of Spellemannprisen awards (the Norwegian Grammy). But reading and watching older interviews, it seems like the band weren’t always as accepted in the black metal scene. Kjellson reveals that it was the very musical elements which would bring them international attention, that rubbed some people in that scene the wrong way.

“In the very early days, there weren’t that many bands, and all the bands that were around there at the time were actually really, really different than one another” he explains.

“Everybody back then respected each other very much I think. But we’re talking about 1991-92. It was Immortal, it was Mayhem, it was Darkthrone, it was Enslaved, Emperor. As the scene grew, maybe it become more stereotypical black metal. Since we were kind of on the side of that, maybe some people (laughs nervously) were not comfortable with our little experimentation, the directions we took.” Kjellson pauses for a moment, chuckling to himself.

“But as a band we have never given a flying fuck (laughs), what others think anyway. It never bothered us as a band, no it hasn’t.”

Enslaved’s latest album E, is available now on Nuclear Blast, and you can watch the video for “The River’s Mouth” below. The Decibel Tour is underway, and you can catch the band in Canada at the following shows. 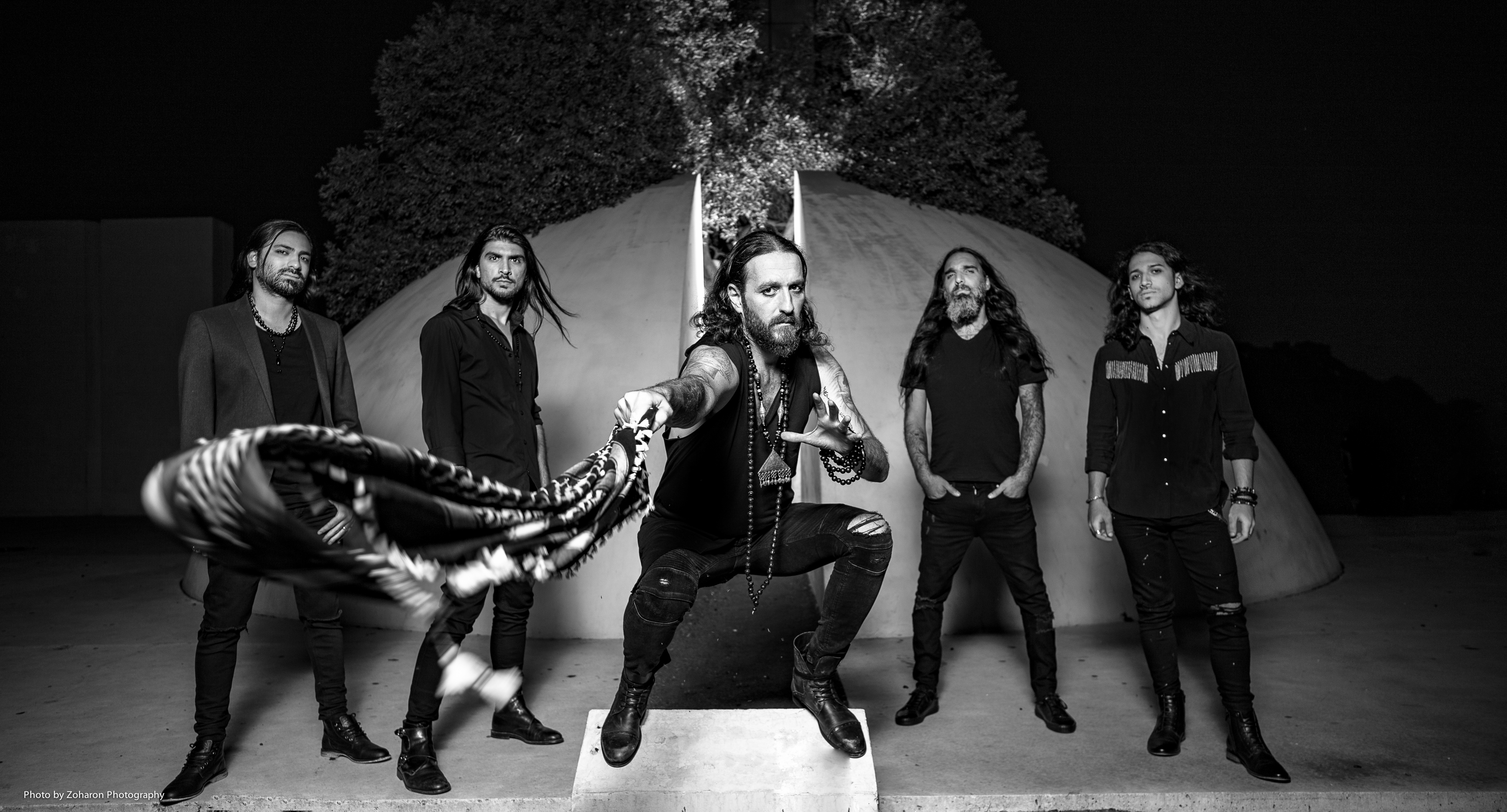