Zombitrol At Home: Topon Das of Fuck The Facts 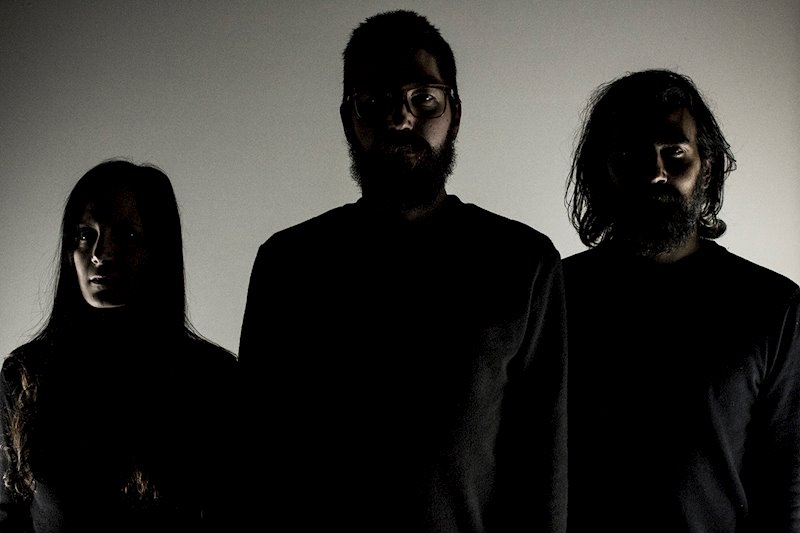 Ottawa’s Fuck The Facts have recently returned after a 5 year absence with a new album, Pleine Noirceur. What began as a basement tape project with an unmarketable name from guitarist/founder Topon Das, has since gone on to grab 2 Juno nominations and international recognition. All the while playing an avant-garde form of grindcore, arguably extreme metal’s most inaccessible subgenre. What sets Fuck The Facts apart sonically from many of their peers, is their ability to craft extreme metal music that effectively conveys heartfelt emotion, even if the listener doesn’t necessarily know it.

"We’re definitely not a grindcore band."

“Emotion’s a big part of the writing, I love emotional music,” says Das.

“I grew up listening to the (the 1992) Paradise Lost (album) Shades of God, early Katatonia, a lot of early doom stuff that’s not grindcore at all. But that’s where I get a lot of my melodic ideas, that I even use in some of our grindy-er stuff. We’re definitely not a grindcore band. The influence is there, but I know someone’s like ‘Oh, grindcore!’ and they click on our stuff, they’re gonna be like ‘What the fuck, (laughs) this doesn’t sound like Wormrot or Rotten Sound!’ They’re gonna be very confused. We’re always kind of attached (to) that tag. I don’t think it’s a bad thing, but musically we have so many different influences. We’d be cheating ourselves if we didn’t embrace all these different ideas and make the music that we really wanna make. This album, if feels like a Fuck The Facts album to me because it has all those hills and valleys, and it has all the dynamics, and has different ideas. There’s definitely periods with the band where I kinda felt a little bit stifled, or constrained artistically. I was like, ‘Oh can we do this, cause we’re that Canadian grindcore band?’ I always hated that feeling because it’s not in my personality. My mind goes a million miles an hour when I sit down and I start to think about ideas, it goes everywhere. That’s (the kind of music) I’d like the band to put out. I just feel like we’re open to doing anything, and I feel like we’ve got back to that. We’re not like an amazing death metal band, or an amazing grindcore band, but we grab all these influences and we manage to make it our own thing. I think we do that really well.”

Their previous album, 2015’s self-released Desire Will Rot, was responsible for their 2nd Juno nomination and they promoted it with touring in Canada, the U.S, and Europe. But then things seemed to go quiet for some time. I knew that Das was busy with his recording studio, Apartment 2, not to mention raising 2 kids with vocalist Melanie Mongeon. But I hadn’t realized that despite their enthusiastic performances on that tour, the album title was more personal than they let on.

“When we did Desire Will Rot, it’s (called that) because of what was going on,” says Das frankly.

“Really whenever we do anything we’re talking about our own lives and the way we feel. When we went and did all those tours and we put out that album, we knew that that might be it. It’s nothing that we wanted to make public. But we did all that stuff knowing it was just gonna stop and we were all gonna go about doing our own thing, and whatever happens, happens. It was a much needed change. I kept busy the whole time, I was recording other peoples’ bands, I worked at a venue doing live sound. I haven’t been away from music. (When) we got back together it was me reaching out to Vil (drummer Mathieu Vilandre) to see if we just wanted to start jamming, and see what came of it. I think the last 2-3 years that we toured and did stuff heavily, I wasn’t really enjoying it. I kept doing it because I was so used to doing it and going through those motions. But it was just becoming a job and it wasn’t enjoyable like it was before. Some of the situations that we were in, some of the shows that we were doing, you get to this point where you’re like ‘Why am I here? Why am I on the other side of the world playing to 10 people?’ That stuff’s a lot of fun but it makes more sense when you’re 25 than when you’re 35 and then 40. It’s like, I should be at home with my kids at this point in my life”

Although what Das describes seems a natural part of life as an underground musician who starts a family, it did come as a little bit of a surprise to me. Their personal lives always seemed inextricably linked to the band. There are of course memories of the videos that circulated through the underground of Mongeon performing while she was very pregnant. But in general, having a family didn’t seem to affect Fuck The Facts as band. But that’s not what was going on beneath the surface.

“Before, it was always like the band comes first, everything else comes second,” says Das.

“If you have a job, then fuck it, you have to quit that job so we can go on tour. Now, Mel had the opportunity to take a full-time position at her job that she loves. We bought a house. Vil bought a house. Everyone has real-life responsibilities, we can’t just jump on the road and do a grindcore tour like we used it. When my first daughter was born we did shows in L.A. and Mel was pregnant and she gave birth (10 days later). Then we were back on the road (for) a 5 week tour and then we went to Europe. It didn’t really slow us down. It’s a good thing but it’s also a complication that both Mel and I are in the band. Both the parents are leaving and the kids (are) staying at the grandparents for a couple months. I definitely miss my kids and I know for Mel it was even more difficult to be away. When I started the band I was like ‘I’m gonna tour until I die. I’m gonna do all this stuff until I die.’ Then I got older and things just kinda changed.”

"When I started in my dad’s basement with a 4-track, this shit didn’t even exist, I just kinda like, did it."

So the band began their unannounced hiatus. With no plans to jam, record, or tour in the near future, they settled into life without Fuck The Facts for the first time in 15 years. Das spent his days recording and mixing bands at Apartment 2, and nights working at the venue. But the door never closed on restarting the band. So after some time apart they began to drift back together. But this time it was on their terms, and the album that would become Pleine Noirceur developed slowly.

“There was a year or so where (the band) didn’t do anything at all,” he says.

“This album we’ve kinda been working on behind the scenes for a while. Mel and I first talked about jamming, and (then) I talked to Vil. At this point I’ve been jamming with Vil for like 15 years, so it’s really easy chemistry. We just started (jamming) like once a week. When we were at our peak, when we were busy like crazy, we’d jam like 4 times a week. But this time there wasn’t any intention of like ‘We’re gonna work on an album.’ When the band stopped, I put all this shit in the rearview mirror. I’m totally out of the loop of what new band is out or what (they’ve released). I didn’t check any of the gossipy metal sites or read anything about anyone because I (was) tired of all this and (didn’t) want to pay attention. I feel like it could be the least ‘tainted’ album and the most ‘pure’ in the way of us really just doing what we wanted to do. When I started in my dad’s basement with a 4-track, this shit didn’t even exist, I just kinda like, did it. That’s kind of the same thing, and I think that’s a really fun thing that came out of it.  We could have just jammed and like 6 months later been like ‘Ah, I’m not feeling this, alright see ya,’ and everything would have been cool. We’ve put something together that we’re actually really proud of and felt like it was worth releasing. It wasn’t for a tour or a label. We made a pressing, and we’ll sell the pressing and everyone kind of moves on and we’ll see what’s next.”

“What’s next?” is a very good question at this point. At the end of 2019 Das left his job at the venue to spend more time with his kids. He also wants to work on more music, as the band hasn’t had a chance to jam since the pandemic started. In the meantime they’ve been putting together ideas on their own in the hopes that it won’t be another 5 years before they release their next album. But even taking on Fuck The Facts on a limited basis can rub up against family, triggering memories of life before their hiatus.

“Mel and I, we were working on packing all the pre-orders for this album and going kinda nuts because we both have jobs during the day,” Das says laughing.

“Then we spent all our evenings packing orders. We sent our kids to the grandparents just so we could spend the weekend packing orders, and we had that moment like ‘Fuck this is crazy! It’s awesome, but this is crazy!’ Mel was like, ‘Sometimes I just feel like quitting the band but I know I’m just gonna end up back here anyway!’ (laughs) Those moments, just a little flashback to when you’re like ‘This is so crazy that we’re doing this!’ I definitely would love to play more shows. Ideally if we didn’t have this pandemic we would be playing some album release shows. We were supposed to play Maryland Deathfest in May, and then that all shit the bed. That would have been fun. We just gotta play it by ear and see what happens and do what feels right.” 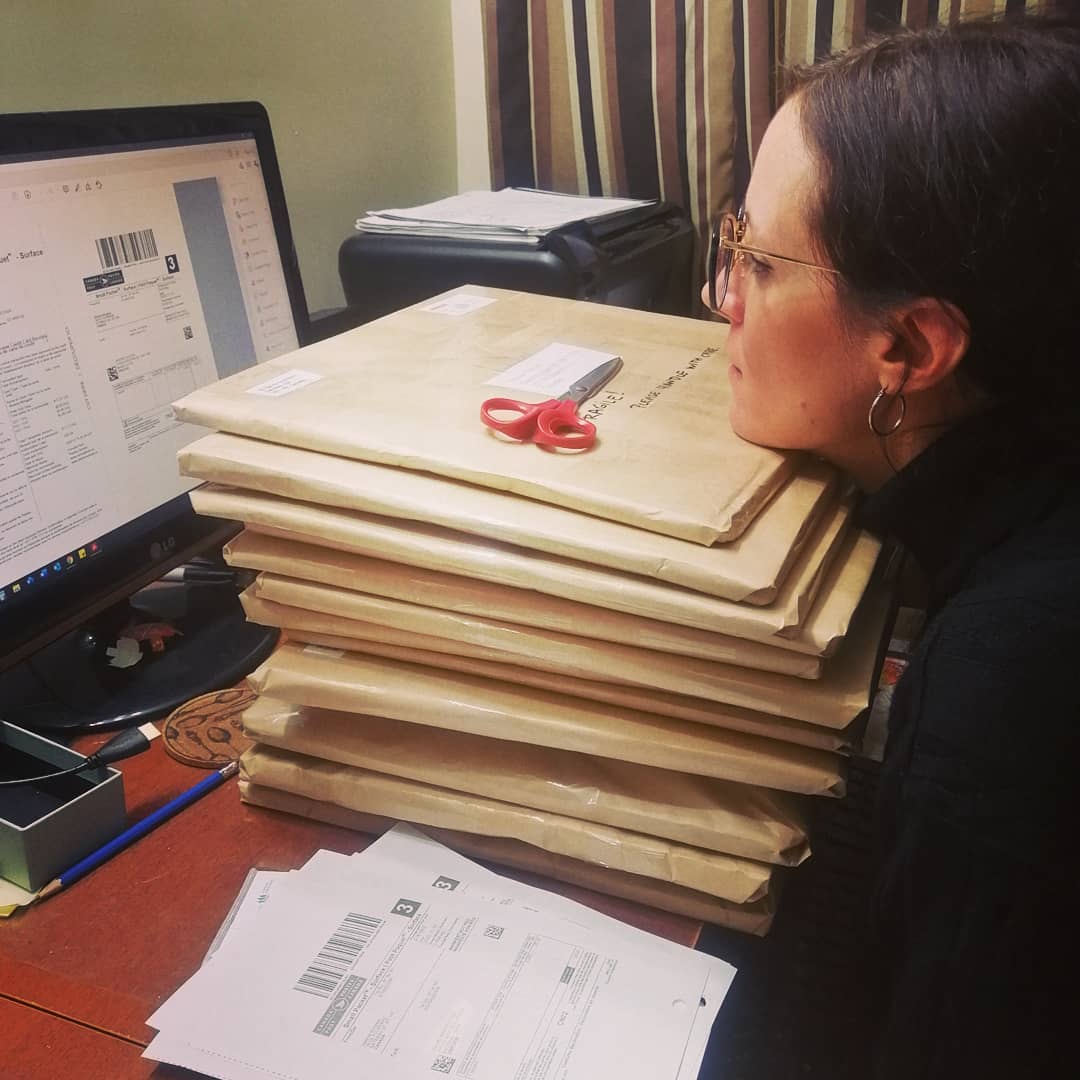 Ultimately it seems like Das has achieved his goal of having a good work/life balance, with Fuck The Facts still a part of both, but not the dominant factor. The shutdown from the pandemic actually gave Das time to finish the album and be with his family, and he recognizes the good position he’s in. Despite the aforementioned “hills and valleys” of Fuck The Facts’ music, Das himself never seems quite as complicated.

“We’re actually in a pretty lucky situation,” he says.

“My oldest is back in school. My youngest is at daycare. Mel works from home. I’m able to do a lot of my work from home as well. I’ve slowly starting doing some recording sessions at the studio. I’m sure it sucks worse for a lot of other people. Especially people who are living on their own, and especially younger people. But we have a family and everything, and all our jobs are intact. We’ve managed to cope pretty well. The studio, that’s my job, my main source of income. I balance it fairly well, that I still have free time and that I can still do things that I enjoy and I’m not gonna feel like life is just passing me by. Luckily I keep a pretty lowkey lifestyle, so I don’t need a lot in my life to make me happy.”

Fuck The Facts’ new self-released album Pleine Noirceur is available now. Buy a hard copy from the band, a digital copy from Bandcamp, and stream it on Spotify or YouTube. You can watch the videos for the title track, and “Ailleurs” below.